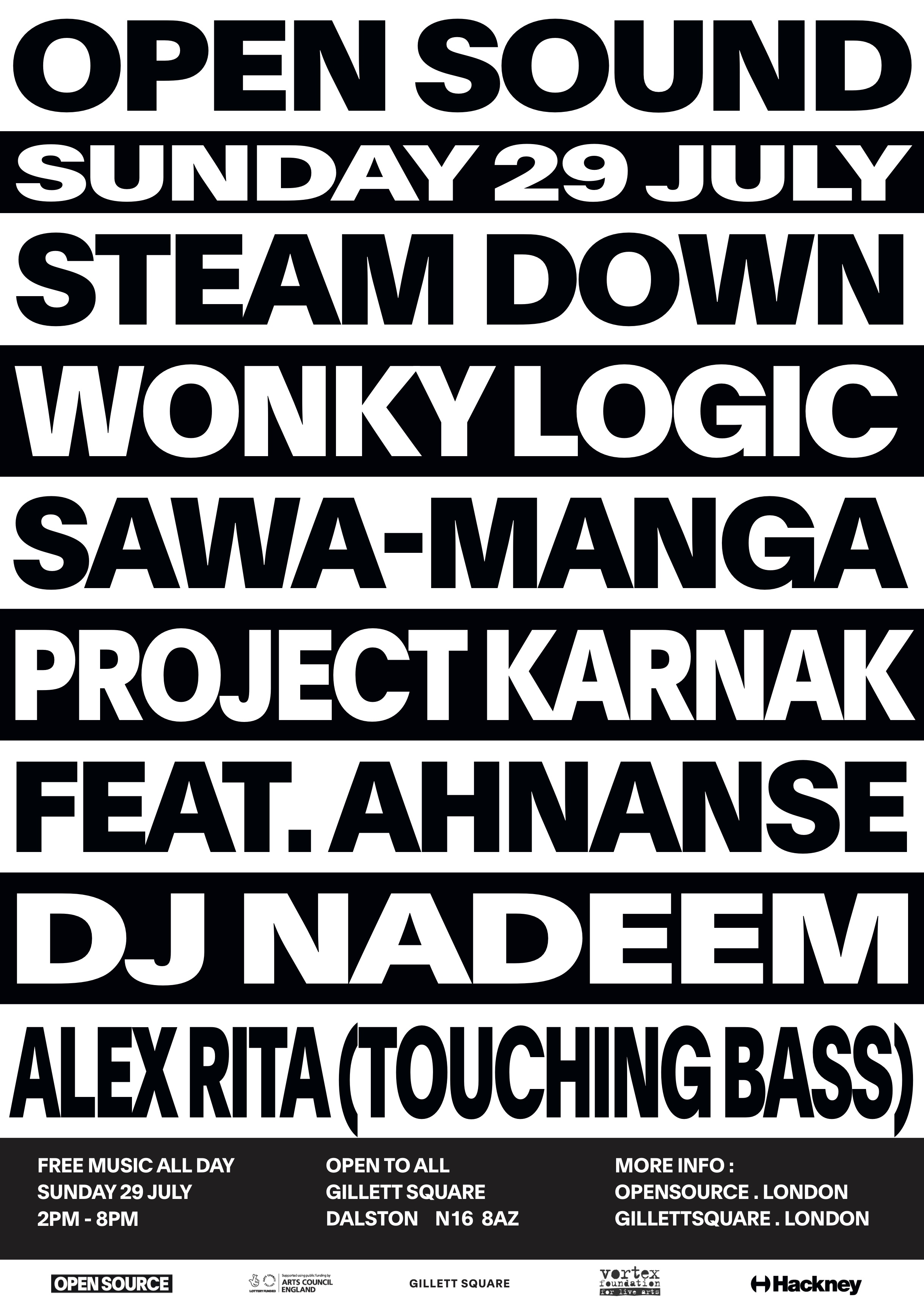 Steam Down is an artist collective, weekly event and music community hailing from Deptford, SE London. Founded by Ahnanse in May 2017, it has grown and flourished into a something not easily replicated. Sometimes described as “church” other times described as “spiritual warfare training”, the weekly staple gathering is an explosive vibe-athon!
On July 29th, the Steam Down family are taking over Gillet Square! Presenting some of exquisite artists that make up the collective, expect a full day of brilliant tunes and positive sweat.

Wonky Logic will open up the show with his bass driven sonic experimentations, showered with funky twists and melodic turns. Harking back to dub forefathers, his work switches up the vibe with aurally pleasing flourishes and boom bap configurations.

Shortly followed by Sawa-Manga, composed of beat wizard D’Vo and vocalist And Is Phi, whose set will take you through seasons, landscapes, time and space in an ethereal exploration of hip hop, sol, jazz and r&b.

Project Karnak will complete the live performances of the day with an extra-terrestrial voyage through sound, taking you closer to channelling some spirits from galaxies faraway. Their sound is spacey jazzy hip hop grooves that makes you move.

Keeping us grounded is Steam Down’s resident DJ and vocalist, Alex Rita (Touching Bass), whose excellent selections will guide us between each performer and into a realm of sonic harmony.